Breaking Down the Celtic Cross – Lesson 8: The Environment position

We’re now working on the pillar on the right next to the cross formation. In our last tutorial, we covered the first card in that pillar: the self position.

The next card to lay down goes directly above that card. This symbolizes the environment.  Not just the habitat but also people or situations that might be influencing what’s going on with the querent.

For example, if there was a positive card such as The Sun, we would see a happy environment with great support. A negative card such as the Ten of Swords could symbolize backstabbers. A Court Card would simply be a person.

Let’s continue to build on the sample reading we’ve been working on thus far in this series. 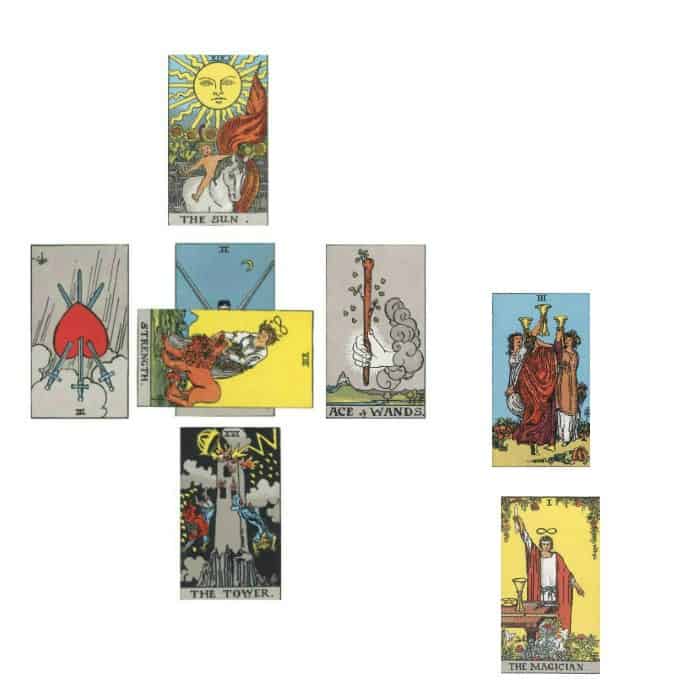 We’re going to go with the previous lesson and say that the querent is moving on after a divorce. We see from the cards that she has put the past in the past and is now feeling empowered, ready to move on with her life. The Three of Cups in the environment position might indicate that she’s getting out of the house more. This could be a sign that she’ll be playing the field and doing a lot of dating – and having fun. She’s supported by her friends, who are getting her out ‘n about.

Let’s put down another card and see how the energy changes. How about the Seven of Swords: 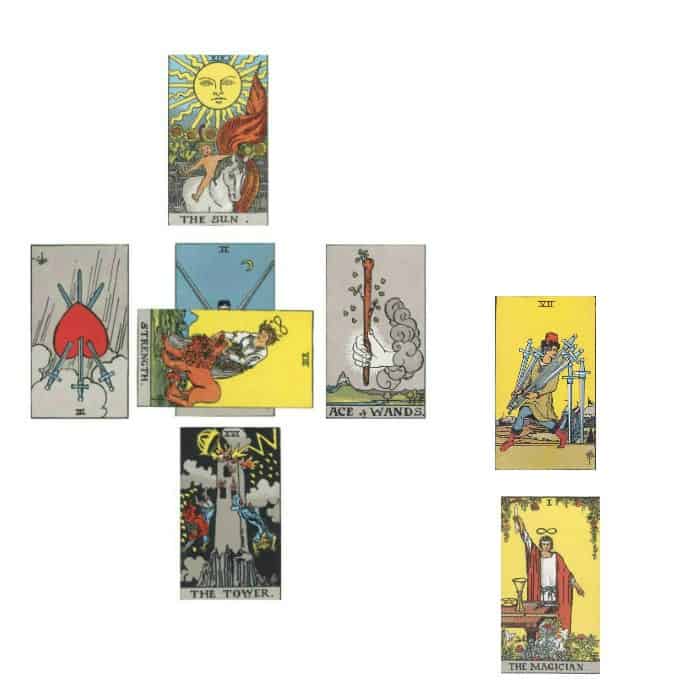 Instead of the fun loving energy of the Three of Cups in the previous cycle, this card seems more like a warning of sorts. Perhaps she’s meeting potential partners and finding that they are not on the up-and-up. If she’s engaging in online dating, she might be discovering that most of the people she is meeting are not who they say they are – or coming with a lot of issues. It also could be that she’s meeting people who aren’t really looking for a relationship – instead, they are looking for a quick one night stand. Whatever the case, this is a warning to her to be discerning.

Let’s try another. This time, we’ll make it a Court Card and for fun – we’ll reverse it. 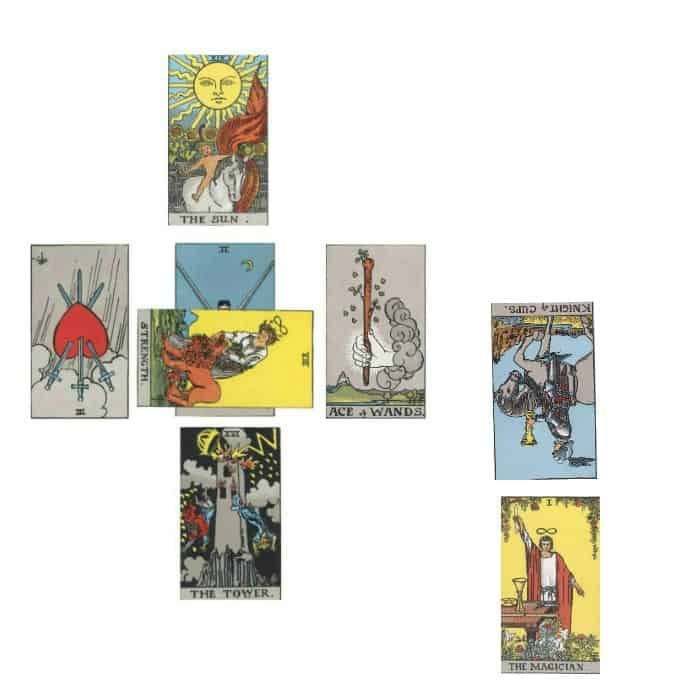 Courts can symbolize a person who may be influencing the situation. The Knight of Cups reversed can indicate a flaky, immature man. It can also symbolize someone trying to come back into the picture (notice the posture – the figure and the horse are turning in as if they are looking to the past – body language on cards can tell a lot!). If this is her ex, he may still be in the picture – or trying to get back in. This could complicate her search for love, especially if she still has some unresolved feelings for him.

Do not underestimate the importance of this position!  Whether we see positive support – or the presence of resistance, what lands here will contribute to the outcome or the journey towards it.

This can often symbolize the home – if you see a card such as Death or the 8 of Cups, it might indicate a move.

Something like the Hermit could indicate the querent is not receiving support or perhaps doesn’t need it. They’re on their own and their fate will be determined solely by their actions.

Grab your tarot journal and your favorite deck.  Lay out the cards up to this point.  What does this card tell you about the environment?  Who or what is influencing you at this time? Does the environment look friendly or hostile?

I also recommend going through the whole deck this way, testing out each card in this position like I did with the three examples above.  How might a different card in the environment position affect the reading? Is it positive or negative?  What might you learn about the querent’s surroundings and influences if you’re reading for someone else – or about yours if you’re doing a self read? Journal it.