The best questions to ask tarot cards about your ex 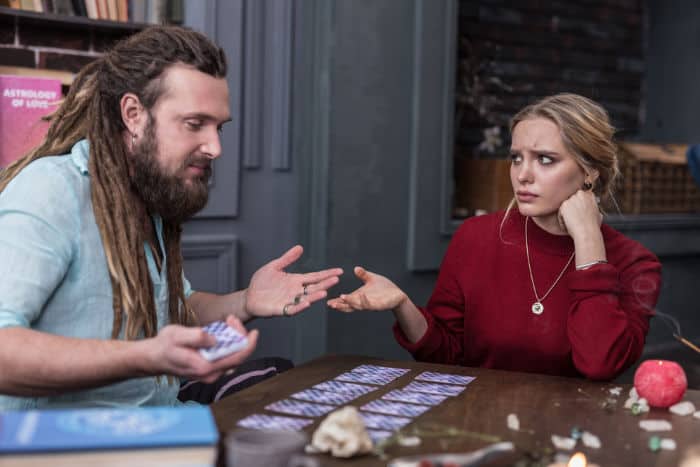 One of the most common questions a tarot reader will hear is “will s/he come back?” It seems that there is never a shortage of folks who are looking to reconnect with their ex.

While it’s natural to seek guidance after a heartbreak, obsessing over the return of an ex is neither empowering nor healing. Here’s why: you’re putting your future on hold waiting around for the imminent (and oftentimes unlikely) return of another person, something you have no control over. Instead of looking at what you can do to heal or move on, the “will s/he come back” question puts you in the position of waiting for your future (or in this case, your past) to “happen to you.”

This leads to a whole lot of waiting around, hoping for the outcome you want, especially if the cards show a favorable future.

But it can also lead to frustration when the cards don’t tell you what you want to hear. For the record, the most abusive clients I have ever worked with are the ones that get told that the ex will not return. I cannot count how many times seekers have gotten angry and sent nasty emails or posted poor reviews….even when I was right. When you prick the illusion, they will go from reader to reader to reader to get the answer they want, another unhealthy behavior.

Other questions that generally don’t lead to productive, helpful answers:

Some of these questions are prying into things that are not your concern (who s/he is having sex with is none of your business). And, once again, it assumes that your future is going to “happen to you” once that ex comes to their senses. There’s a better way to ask questions about a former relationship.

Instead of asking will s/he come back, these thoughtful questions gets the focus on you and puts the power back in your hands.

Remember: put the focus on you, not on them. Because your future includes you and may not include them.

A Tarot Spread for Moving on from an Ex

If you’re having trouble moving on, this tarot spread which is featured in Tarot For Troubled Times, might help you reflect on what you’re holding on to – and what your next steps might be to let go.

Shuffle the deck thoroughly. Once you feel that you’ve shuffled enough, place the deck on the table, face down. Cut the deck into three piles and then put the piles back into one. Fan the deck out and choose one card for each question:

Look at the images. What are they saying to you? What does your intuition tell you? Let’s use a sample reading.

Charlie’s partner left him three years ago. Although the divorce is long behind him, he’s still hung up on his ex. Here are the cards he chose:

While there is no one way to let go, the one thing I like to remind people is that no one gets spiritual by holding on. Waiting around for an ex sends a message that “there isn’t enough love out there.” It’s scarcity mentality and keeps you locked in romantic limbo. You must trust that the Universe is benevolent and abundant. When you begin to believe that and live that, you create space for the right one to emerge.

Other posts to check out:

Tarot to the Rescue – Will He Return?

Breaking the Spell: Reading Tarot for the Obsessed Ex