Breaking the Spell: Reading Tarot for the Obsessed Ex 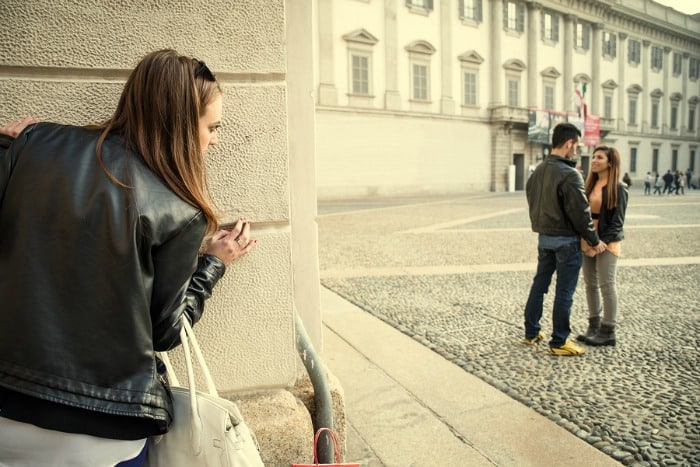 One of the most popular blog posts on my site is Tarot to The Rescue: Will He Return? In fact, “will he come back free tarot” or some other combination is also one of the top search engine keywords that leads people to my site.

There are a lot of people out there who seem to be jonesing for their ex.  And often, they will seek out a tarot reader to find out if s/he will come back.

Sometimes, these are people who have recently broken up. That’s understandable. If you just got dumped, those wounds are fresh and you may be confused. But other times, the querent is obsessing over a relationship that is long gone. This, on the other hand, is unhealthy.

It’s difficult to read for someone who is obsessed with an ex.  That’s because even if the relationship was toxic and bad for them, they don’t care. They only want to hear one thing: that they will get what they want.

If the cards show that it might happen, they are fueled – which in some cases, might be dangerous. I’ve seen people go off half-cocked and stalker-like when the cards seemed favorable. Which, of course, back fired.

When the cards show that what they want won’t materialize, then they become angry with the reader and will usually go off to seek another one that will corroborate their world view. They’ll also be sure to let you know how awful your reading was if you are the unlucky reader who pulled “the wrong cards.”

Like the woman who told me that I was the “only reader” who told her that her ex wouldn’t return. Never mind that she hadn’t spoken to him in over twenty years and that he was married. She was convinced they were “twin flames” or some such thing and that “all the other readers” told her they’d be reunited so it must be true. I, the odd man out, had to be utterly in the wrong!

Which begs the question: if she felt secure in what these other readers were telling her, why seek out another opinion? It’s because somewhere, deep down inside, that rational part of her knows that he is gone like the wind.

My reading broke the spell. It was the information she needed to hear. But instead of taking that information and using it to heal, she got mad at me.

This is not a rare incident, mind you. Almost every time I put a pin prick in someone’s obsessive fantasy balloon, they’ve gotten angry. Some have even been abusive.

Obsessive exes will often become addictive clients too – especially if the reading happens to give them a glimmer of hope. If that happens, they’ll be beating down your tarot door, wanting daily readings on the situation and moment to moment details of what the ex is up to.

It’s frustrating and depressing to be on the tarot reading end of that.

What is the best way to handle the love-obsessed?

If you don’t see the ex returning, be honest. Don’t sugar coat anything no matter how desperate they seem.

If you see a glimmer of hope, be mindful of how you deliver that message. For some, it can lead to impulsive actions.

Encourage them to ask healthy, empowering questions. Instead of “will he come back” try to help them focus on questions such as “what can I do to move on” or “how might I make good choices around this situation.” This is more helpful to the client than allowing them to fixate on what the other person may or may not do.

If you sense that they are going to be a danger to the other person – or to themselves, you may want to refrain from the reading and refer them to the proper help.

Have a list of therapists and counselors on hand that you can refer them to. I’m a big advocate for this because often times, these folks don’t need a tarot reading – they need a counselor.

Do not allow them to use you to “spy” on their ex. Keep that as vague and neutral as you can.

Set strong boundaries with them. If they start to show signs of addictive behavior, such as wanting daily readings or going from reader to reader to reader, make them put a long space between readings with you. Do not fuel their obsessive behavior by giving them a free unlimited pass to your readings.

Lastly, if they become angry or abusive, block them. Usually you don’t need to do that. They will most likely go to someone else who will align with their fantasy (they’ll also let everyone know how “wrong” you are – ugh).

It’s tough to be in the presence of someone who can’t let go. But you do them no favors by keeping them locked in a situation that isn’t healthy or real.

Break that spell. Give them tools to free themselves. Above all, remind them that moving on isn’t the end of the world – it’s the beginning of a new life.