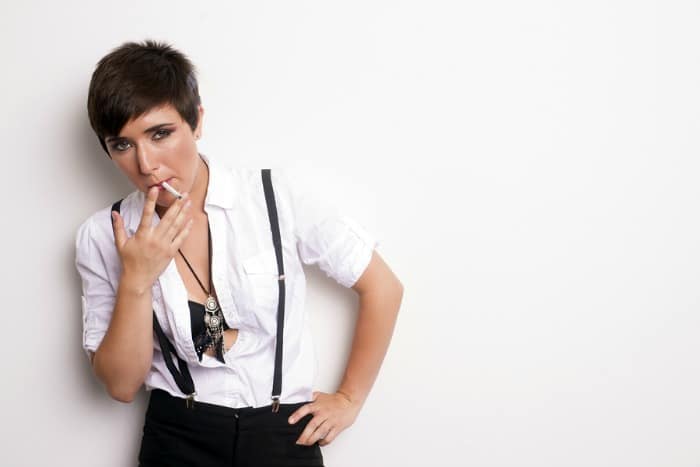 When I began my study of tarot, I learned the traditional interpretations of the Court Cards: Kings were older males, Queens were women, Knights were young males, and Pages were children.

I read this way for a long time.  Until one day I sat down with a gentleman and began describing a needy, clingy, possessive woman in his life.  Queen of Pentacles reversed.

He stopped me and said: “I’m gay. But that describes my partner perfectly.”

That one reading shifted my view of “assigned” tarot genders.  What if the querent didn’t identify as the gender on the card?  What about a person who is transgender?  Or androgynous?  How do you pick a significator in those situations?

First of all, do remember that the original tarot decks were not designed in modern times – gender and sexuality were not topics that were discussed openly.  Traditional roles were the “norm” and people who lived “alternative lifestyles” were not able to do so openly.

Thankfully, things have changed (although we still have a long way to go).

This means we need to open our minds in tarot as well, especially when we are picking significators to represent a questioner or other people in their lives.

For cisgender people, the traditional meanings work just fine.  BUT keep in mind, that anyone can operate outside their gender.  We can wear a masculine or feminine shield depending on a situation.  For example, a stay at home Dad may display the tender characteristics of the Queen of Cups.  A woman who works in construction may embody the personality of the Knight of Wands.

In some tarot readings, the energy of the opposite gender may be needed.  For example, a woman who normally identifies as a Queen of Wands may need to channel the King of Swords if she is going into a board meeting during a hostile takeover of her company.

A transgender person should use the card that represents the gender they are currently identifying with, not the birth gender. A person who is born male but living as a woman could choose a Queen or perhaps The High Priestess to represent themselves, while a female to male trans might prefer a King, Knight or other masculine cards.

For a person who is androgynous (identifies with both), I prefer the Fool or Temperance as significators.  The figures in these cards are body-positive and gender-neutral.  They can go either way just fine.  In my opinion, Pages are also gender-neutral but sometimes people see them as young females.  (Some decks, like the Thoth deck, use Princess instead of Page.)

What about sexual preference? Sexuality is complicated and, as my story above illustrates,  it may be easiest to focus on the energy and qualities of the cards rather than assuming genders, especially in the case of Court cards.  For example, if a male has a reading with primarily female cards, don’t jump the gun and suspect he’s straight. His choice of partners may simply be more feminine.  Keep an open mind and if in doubt, ASK.  That way, you can be sure to steer the reading in the right way and not offend anyone.  Many querents are pretty open these days and will tell you their preference right off the bat, which is helpful.

In some cases, you may want to use one of the gay-themed tarot decks such as the Gay Tarot (English and Spanish Edition)

. This deck depicts the lives of gay males. For women, The Motherpeace Round Tarot Deck: 78-Card Deck

, a round feminist deck comprised of mostly females, might be a good choice.

While I learned to read tarot the “old skool” way,  I have found that the best tarot mind is an open and flexible one.  Gender and sexuality are not always “straight” forward so we need to be forward-thinking in our readings too.

For the record, I see gender and sexuality as two entirely different things.  For example, a female to male transgender may be interested in men sexually.  Please keep that in mind. Confused?  ASK your client.

I love what Little Red Tarot is creating over here: The Queer Tarot Project.  LGBT people share their tarot-inspired stories.

Little Red Tarot also has a groovy course: Alternative Tarot Class. Learn to read tarot YOUR way and screw the traditions!  Ha!  Only $25 bucks, yo. Recommended for people from every walk of life.