As you begin to study astrology charts, you may notice that some – not all – have clearly defined patterns. You have to use your imagination here a bit to see ‘em but once you learn how, you’ll spot them quickly. Kinda like constellations!  Each one of these chart patterns adds another layer to interpret the personality of the individual.

Think of it like this: sometimes people wear uniforms that give you a clue to their profession, right? For example, if a guy walks into your office in a fireman’s outfit, you can assume he’s a fireman (…or an exotic dancer).

It’s the same with chart patterns – if there is a clearly defined pattern present, you are going to get an idea of what the person might be like. It won’t give you the whole story – just a peek.  But pay attention – as Maya Angelou says: “When someone shows you who they believe them; the first time.” Except for that fireman. Because he might be a stripper.

Okay, let me get my mind off Magic Mike and let’s get down with these patterns (excuse my images – I am graphically challenged): 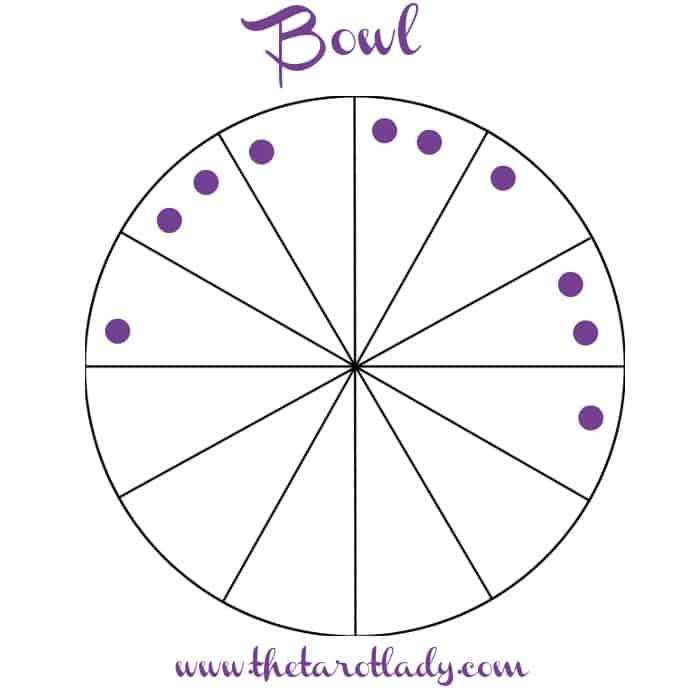 Bowl – all the planets fall within one hemisphere and within 180 degrees on one side of an opposition. There are no more than 60 degrees or two houses empty in this configuration.  In other words, a full half of a chart is occupied by the planets. This shows a person who is self-sufficient and can operate independently. It’s often said that they are “self-contained.” The unoccupied are of the chart is often a focal point for them, a place where they strive to achieve. Pay attention to the first planet that crosses the ascendant – it shows what energy they use most to get stuff done. For example, a Mars here would symbolize ambition and aggression! 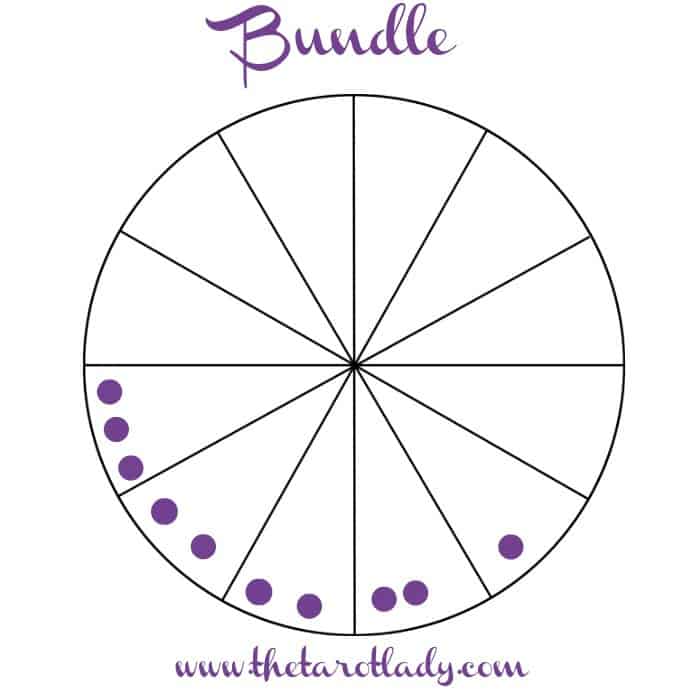 Bundle or Wedge – similar to a Bowl, all planets are contained but here it’s within a tight trine. It’s like an itty-bitty Bowl!  Here, the personality becomes extremely resourceful and focused. Think: intense. Concentrated. They can tune stuff out, yo. 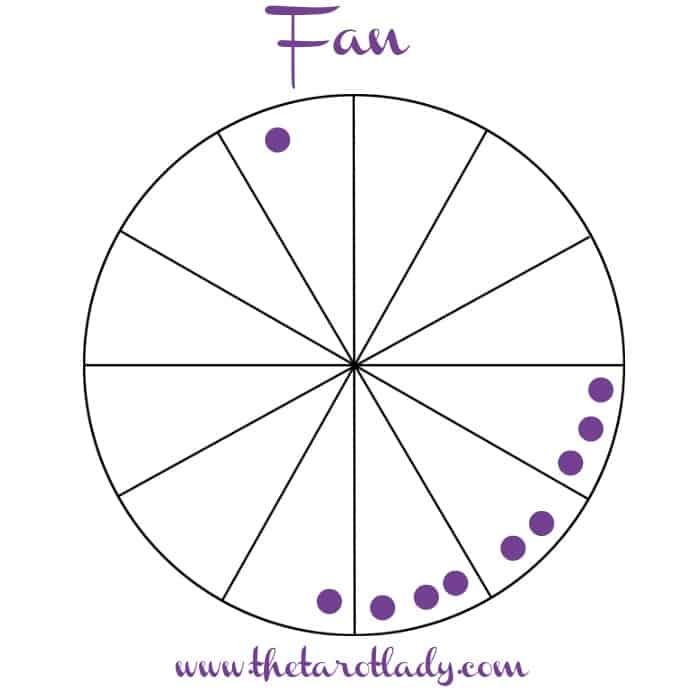 Fan – this is a Bundle but with one rogue planet off on it’s own, which forms the handle of the fan.  The Fan personality relies on that “handle” for support. For example, if the planet here was Mercury, strong communication skills would be their secret sauce. 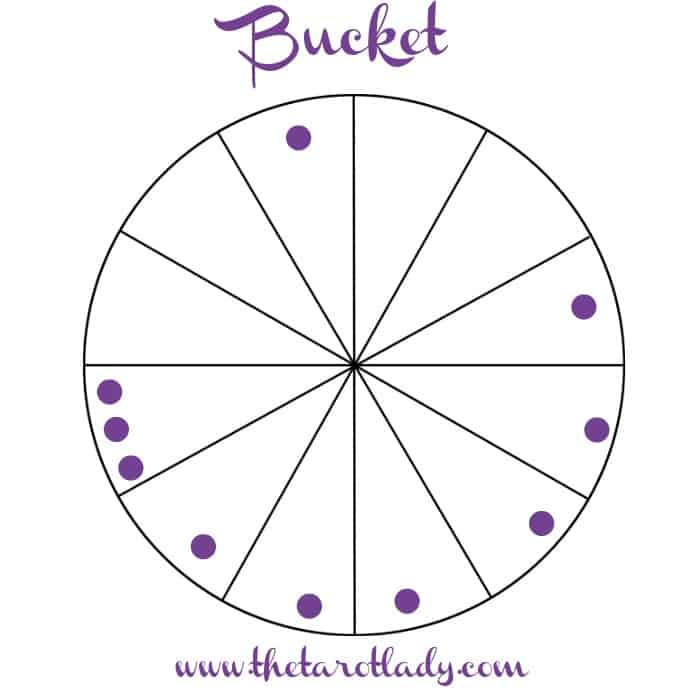 Bucket or Funnel – similar to a Fan with a “handle”, but with a Bowl instead. In other words, you have a Bowl configuration with one lone planet forming that “handle”.  Here, the personality will channel their energy through that handle. If the handle is Saturn, we might be looking at a workaholic. In Venus? Sex fiend!  Ha ha! Another way to look at the handle: it’s the person’s mission.  The thing that they must achieve. 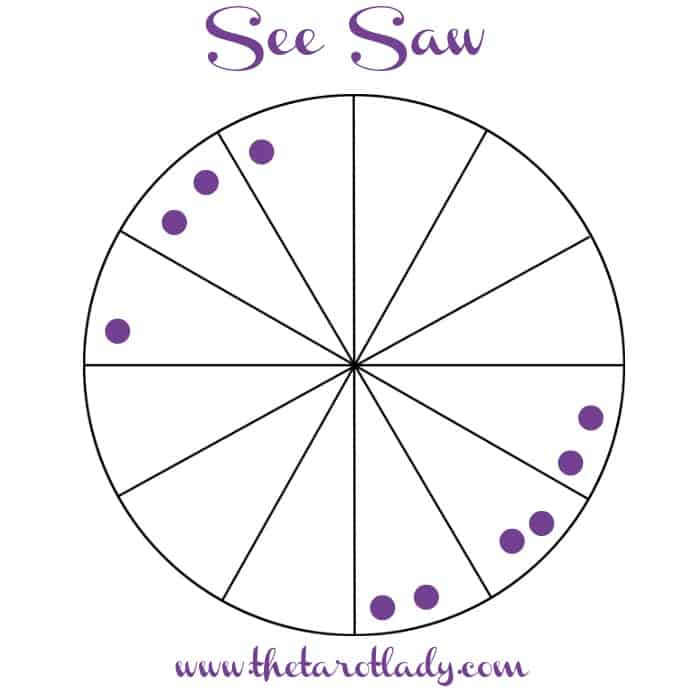 SeeSaw – this one is easy to spot! It looks like a bow-tie to me. The planets are divided into two distinct groups, at least 60 degrees apart.  For these peeps, balance and relationships are important.  They seek the middle way. 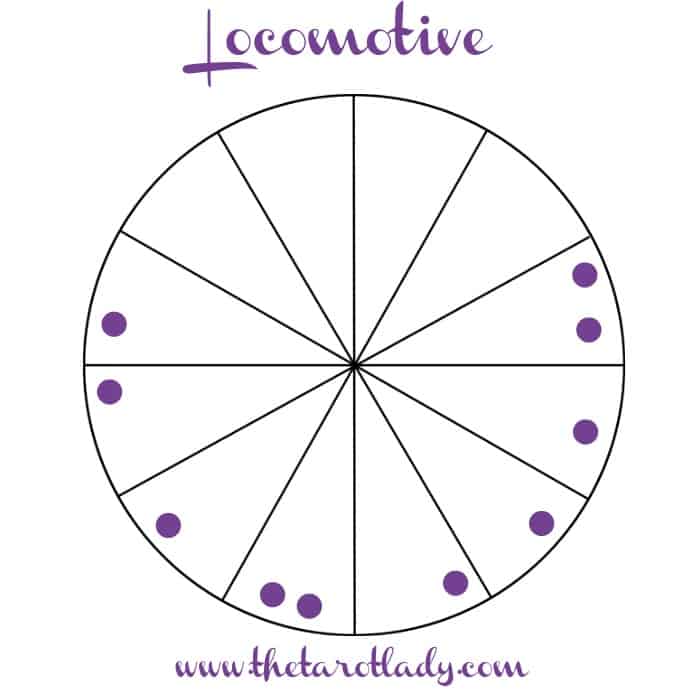 Locomotive – this looks like an extra-long Bucket. All of the planets fall within 240 degrees and there is a trine connecting the unoccupied area.  These people are driven, ambitious, and determined. They are all about reaching their destination, which may be indicated by the midpoint of the trine.  Nothing can stop a train!  Choo choo! 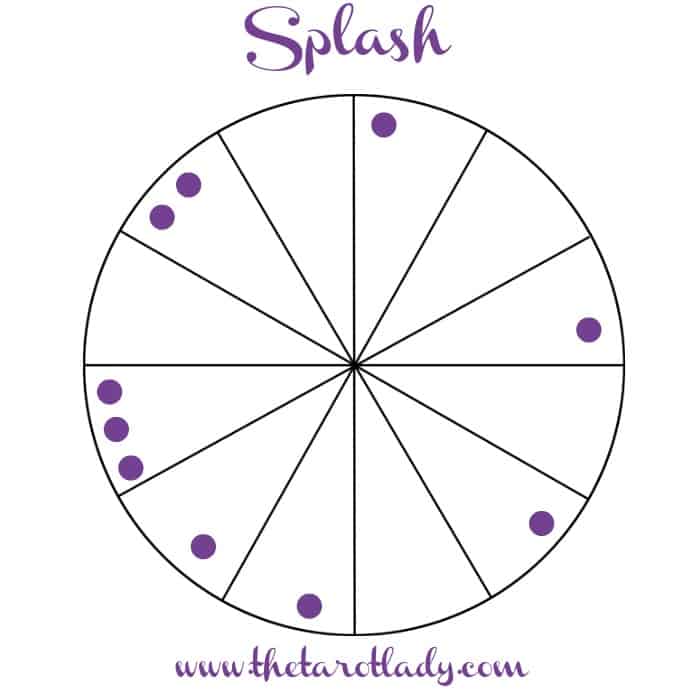 Splash – the planets are scattered all around the chart, like Jackson Pollock went to town on those planets!  There are usually no more than two planets in any one house with a few empty houses here and there. These are versatile peeps with many interests ‘n skills. They can do more than one thing well but may also tend to scatter that energy. They gotta learn to ground, focus and get the job done! 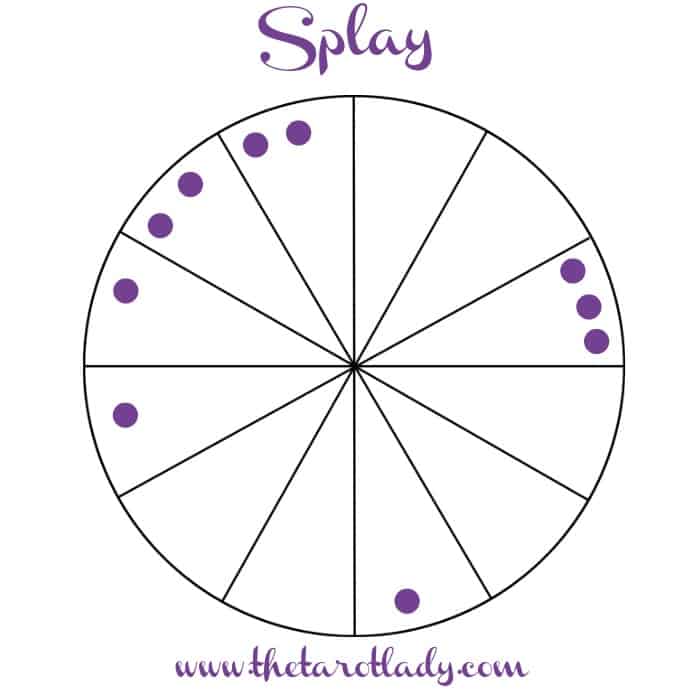 Splay or Tripod – similar to a Splash but the planets are a bit more organized. They tend to be divided into three groups, with each group at least 60 degrees or two houses apart. A Grand Trine (next lesson will talk about this guy) connects the whole thing. A Splay personality marches to the beat of their own drummer.  And yes, they’ve got the beat – and luck – to do just that. Try to box ’em in and you’re going to regret it.

Homework:  Grab your chart and look for the pattern. (Hint: some astrology programs like Time Passages will tell you what your pattern is – taking all the guess work outta there!)  What might this say about you at first glance? How might your pattern fit your chart…or not?  Grab random charts – friends, family, celebrities.  What patterns can you find? What does it tell you about them? Have fun with this!

Next, let’s look at our buddy Kim K’s chart.  What pattern do you see here?  What does this say about her?

Next month, we’re looking at Major Aspects such as Grand Trines ‘n Fingers of Yod. Can’t wait to share this with ya!