I was poking around on Benebell Wen’s awesome blog the other day when my eyes locked on her Mother Wound Tarot Reading. Wen describes the mother wound as “The mother wound is the relationship tension often inherent between a mother and a daughter.” Many women will probably agree that when it comes to their mothers, there is always some challenge to overcome, even in the best relationships. (God knows my daughter will probably write a book on this one day.)

My relationship with my mother was complicated. Without going into all the gnarly details, I’ll sum it up by saying that I loved her but we were two very different people. She’s been gone for many years so I don’t think there is any “wounding” that I need to actively heal. Frankly, once my parents were gone, the issues that I had with them vanished.

Benebell created the Mother Wound Tarot spread to explore the mother wound or as a way to understand the “spiritual implications of your relationship with a mother figure.”

Even though I don’t have any hard feelings about my mother, I was curious to see what the cards might reveal.

Here is the spread (the image comes directly from Benebell’s site – this was a free download): 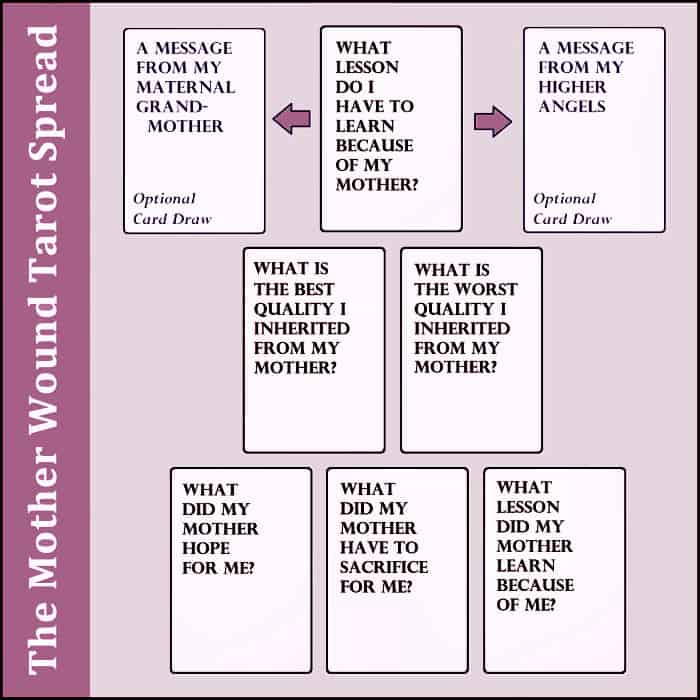 The card positions correspond as follows:

I grabbed my Starchild Tarot, which has a dreamy, feminine vibe – perfect for this reading! Here are the cards I drew: 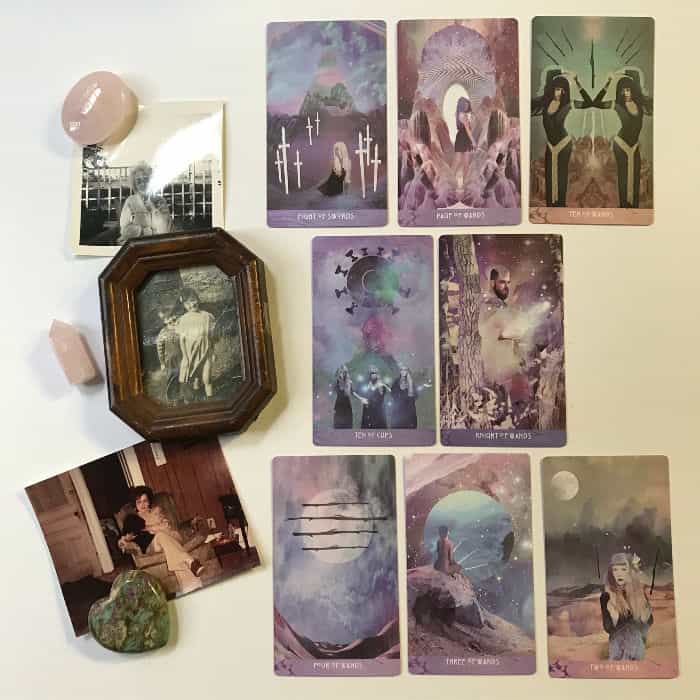 Let’s take a peek at what’s behind me – and what’s ahead:

The card positions correspond as follows:

What’s really interesting to me in these cards are all the Wands. Wands is the Fire element and Mom had tons of Fire in her chart, while I have none. My daughter is also Fire-heavy. I’m surrounded by this Fire energy! Perhaps what I’m learning here is how to play with Fire and not get burned. Or maybe I need these fiery women around me to keep a fire lit under my ass! Whatever the case, there is certainly something to explore with all this Fire stuff. So interesting!

This was an interesting spread and one that I think I’ll ponder further. Heck, I might even make my daughter do this one to see what it reveals about us! Ha! You can learn more about this spread over on Benebell’s site. She offers more details there that should help you nail it.