Tarot certification: do you need it? 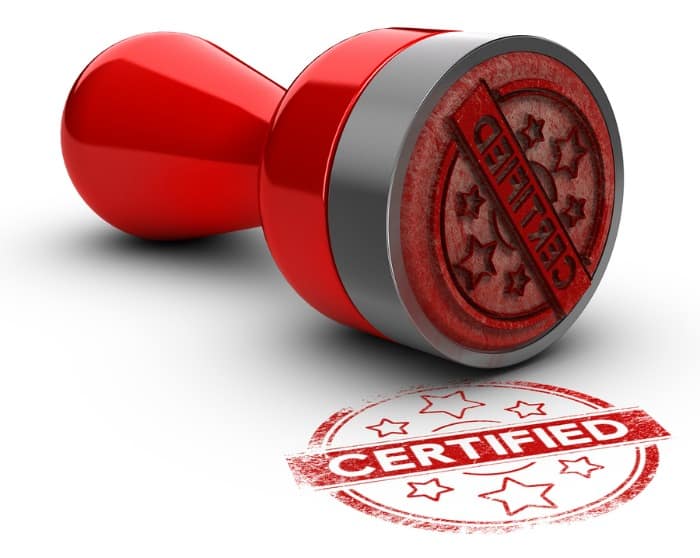 Every so often, the topic of tarot certification comes back around. I have written about it before here and here.

It’s a controversial subject in the tarot community and I would probably venture to guess that 50% of people support it, while 50% are adamantly against it. I fall into the latter camp. Why?

For a few reasons.

One, I don’t trust a certifying body to accurately represent all styles of tarot reading. Without a diverse group of people running one of these certifying boards, how can we ensure that the criteria is fair and balanced?

Two, I worry about the push for a mandatory certification. That leads to bureaucracy and power plays – not to mention people poking around in other people’s businesses. The last thing I want is someone dictating how I should run my tarot business or what sorts of ethics or methods I need to abide to.

Three, I don’t see a need for it. Clients don’t give a damn about certification. In all the years I’ve been at this game, not one person has ever asked me for proof of certification. Which means: it’s not necessary.

Some may argue that it will give legitimacy and prevent fraud in our industry. Perhaps in some states that have anti fortune telling laws, this might be a good thing but frankly, no matter how much paper hangs on a wall or what titles are bestowed upon people, it’s no guarantee that they will be legit. There are always going to be scammers in every field, and papers don’t mean a thing. A “grand master” can still be a con.

What about when the certifying boards collapse or change their minds?

I’ve also been paying attention to another situation that has been playing out in the public eye recently. Doreen Virtue,  famous author and creator of the Angel Tarot Deck, has become a born-again Christian and is now denouncing tarot. Her decks are going to be produced but without her name on it. She had certification programs for Angelogy and Fairyology – and apparently, those are now total bunk since she’s dropping them like hot steaming piles of doo-doo. (Lisa Frideborg has been writing about this situation brilliantly – check out her posts.)

Why am I bringing this up? It’s to make another point: what about when you invest in this certification and then the person behind it decides it’s bogus for whatever reason? What if they close the doors or start slamming it publicly? Is your certification now void? If they have the power to bestow a title on them, do they also have the power to take that away when they tire of it or change their minds? This is a good question and one that begs exploration for any tarot person who thinks they should pay for certification.

For example, the two tarot certifying boards are now defunct. They’ve gone belly up with zero explanation. Does this mean that they were never legit? Were they simply an excuse for someone to make a buck? Do those certifications mean a thing now?

Think twice before you plunk down your hard earned cash.

The Doreen Virtue situation and the collapse of the tarot certification boards does mean one thing: you should think long and hard before you get caught up in the certification stuff – or before you get lured into spending big bucks on a certification that may one day be worthless. Getting a certificate to say “I’ve completed this training” may instill confidence in you but slapping an “I’m ________ Certified” on your site won’t mean jack to the public. (Plus I wonder if putting those things on your site are just another ploy by the certifying body to score some SEO points. Yeah, I’m pretty skeptical.)

Ultimately, no paper or test will guarantee your success or your legitimacy. That is only earned through the hard work and dedication you apply to your craft – and the love you give to your clients. No certifying body can ever match that.

In short, invest if you feel called to do it but buyer beware.

Here’s a handy-dandy post for you to read up before you go for that certification thing: The Hit List – Tarot Certification: a reality check checklist.